Years ago, perhaps when members of the “Baby Boomer” generation  were children,  (around 1946, or even earlier, to 1964) saw a different parenting style than children of today. No one questioned parents regarding how they raised their kids. Children back then may have gotten a spanking at home, or out in public, if they misbehaved or disrespected their parents or other adults. Parents back then rarely cared whether others saw them give their child a spanking,  and never did a parent say, “You are going to get a spanking when we get home.” It was an unspoken and understood fact for many children that if you disobeyed your parents, you risked corporal punishment at that moment. This parenting style is a radical change as compared with the current parenting trend known as “Mindful Parenting”.

Parents back in those days were typically disciplinarians or authoritarians. They usually didn’t feel the need to stop and think first before reacting to their child’s misconduct. Most parents gave the “licking” first and would then tell children to go to their room and think about what they had done wrong. There were no televisions, tablets, computers, or cell phones to play with while spending time-out in a bedroom or corner.

Today, if any parent dares to lay their hands on their child, many schools are obligated to report the incident, and children themselves may even call 911 and report their parent for abuse. These days, most parents are not comfortable spanking their child in public or even at home, for fear of being reported to the authorities. If parents refuse to discipline their child, they are too permissive or indulgent in the child’s misbehavior, their children may never learn about respect for authority.

Kids knew how to respect their parents in the “good ole days”, and those children are the Baby Boomer generation of today. Many Baby Boomers brought up their own children in the same manner in which their parents brought them up. In the 21st Century, most Baby Boomers are either grandparents or even great- grandparents, who suffered no ramifications from physical and immediate discipline from their parents. Today most people have turned their backs on the physical punishment of years past and instead have turned to something entirely different, called “Mindful Parenting”.

A Close Look at Mindful Parenting

In the 21st Century, parents are taking a closer look at how they raise and discipline their children. Members of the Baby Boomer generation may ask, “Does Mindful Parenting work?” Some parents of the 21st Century are uninvolved in their child’s lives or unaware of what their child is doing, due to an array of reasons. These children may not have the opportunity to receive any discipline, to learn respect, or to grow up to be responsible citizens.

Mindful parenting involves making a conscious effort to pay attention to what is happening and why children are doing what they are doing, and refusing to repeat the actions of typical parents of years past. In simpler terms, parents are responding versus reacting. Parents who practice Mindful Parenting make a conscious effort to avoid overacting, and instead take time to think before responding to their children’s negative behavior.  Nowadays, compassion is key when it comes to raising children. In many instances, parents may not agree with how their child acted or what they said. But, in contrast with previous generations who may have  disciplined their children on the spot, parents are now encouraged to have compassion for their children. In short, today’s parents are reminded to exhibit compassion, empathy, and understanding of their child’s perspective at that moment. This philosophy is known as Mindful Parenting, and today this approach is all the rage in parenting circles. 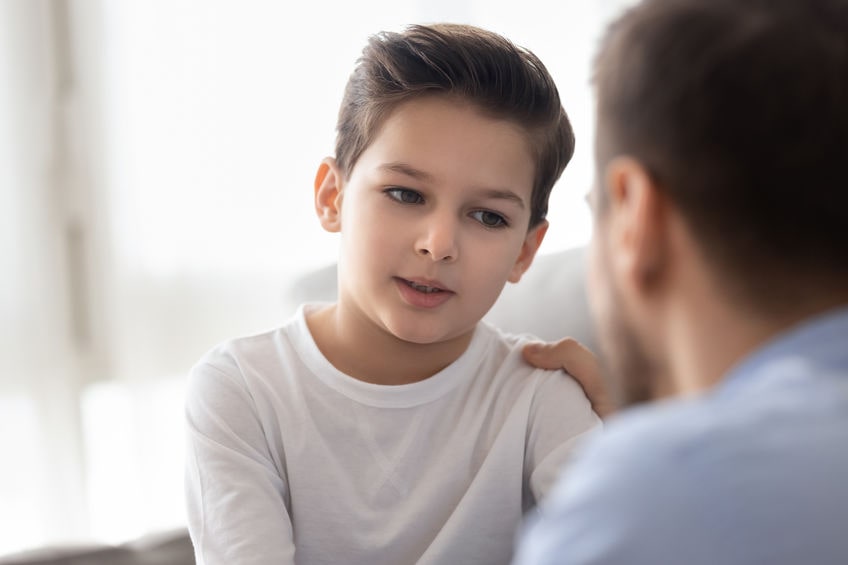 Mindful parents live in the moment. Parents must be conscious of where they are, and they must recognize their own thoughts and emotions. They must not judge the world and instead accept how the world is at that moment. Being mindful brings to light something that parents practice in a similar way today as centuries ago, known as Buddhist meditation. This practice makes you more aware of the present as a means to better understanding your child’s behavior in that moment.

Researchers find that parents who practice Mindful Parenting experience fewer episodes of depression,  anxiety, or stress. Studies have shown that Mindful Parenting can actually strengthen the parent-child relationship. This form of parenting becomes especially helpful during your child’s adolescence.

Constructively responding to the child showed great benefits to the child, teaching an element of social decision-making. The reduction of physical and mental abuse decreased significantly. The attitudes of the parent improved, along with a decrease in the negative behaviors of the child.

Other Benefits of Mindful Parenting

If you live in Langhorn, PA or surrounding areas, find out more about Children Central by accessing our website.

I would recommend Children Central to any family with children! My daughter attends Children Central for 2 years now & we have had a great experience! I had attended a few open houses at Children Central but I was not sure if this was the best place for my daughter. Then, I met & spoke with Kevin who was friendly and informative and he gave me a tour of the school. I felt confident that this wo… END_OF_DOCUMENT_TOKEN_TO_BE_REPLACED

I highly recommend Children Central! We are so thrilled with Children Central! The infant room teachers are cheerful, knowledgeable and genuinely seem to love what they do. My husband and are so pleased to see that our son is learning more from interactions with staff and other children than he possibly could by just being at home. It is comforting to know that be is in such caring and capable … END_OF_DOCUMENT_TOKEN_TO_BE_REPLACED

We would recommend Children Central to any family. The owners Kevin and Sharon are there day in and day out and they are very responsive to parents’ needs and concerns. My son started as a toddler four years ago and every single teacher he’s had has been amazing! They take so much pride and ownership of their class. His pre-k class has really prepared him for kindergarten. The teachers there h… END_OF_DOCUMENT_TOKEN_TO_BE_REPLACED

It has been a great pleasure for us and Dylani to be educated at Children Central. We appreciate the care that our child has received while in your care. It is every little thing that you do that has made a difference in our child’s life. We have always been impressed by the extra care and love you put into running your academy and it has given us a much appreciated peace of mind knowing this… END_OF_DOCUMENT_TOKEN_TO_BE_REPLACED

As an educator, I know how important it is for young children to have well rounded experiences in their early years in order for them to develop to their highest potential. I researched many options in the area and was thrilled and relieved to find Children Central. After visiting several child care centers, I knew Children Central was the best fit. They offered much more than the high priced chai… END_OF_DOCUMENT_TOKEN_TO_BE_REPLACED

Children Central is perfect for working moms! Children Central (CC) is a great daycare and preschool! My children have attended this school since they were about 10 months old. They both have so much fun and are learning so much. The Village is one of their favorite parts. It’s so great they have a place to play when it’s raining. My daughter is going to kindergarten in fall. CC has really … END_OF_DOCUMENT_TOKEN_TO_BE_REPLACED

I LOVED EVERYTHING about this place. I had searched long and hard to find a daycare for my son (15 months at the time). I finally came across Children Central. I called and spoke with Kevin who was extremely friendly on the phone and told me to stop by at any time for a tour. Within a few hours I stopped in at Children Central, met with Kevin and got a tour of the entire school. I LOVED EVERYTH… END_OF_DOCUMENT_TOKEN_TO_BE_REPLACED

Children Central is an amazing daycare – our daughter Sunny is now almost 8 months old, she has been attending since she was just 3 months. Her teachers in the infant room are so caring and professional. She has made a lot of friends and is always happy there. We selected CC because two of our close friends have sent their 2 daughters there from infant through age 5 and gave wonderful recommendati… END_OF_DOCUMENT_TOKEN_TO_BE_REPLACED