A child’s success in school starts with a strong foundation in the basics, and one of the things every child should be able to do is master their ABCs. Recognizing and naming letters is the foundation upon which all other reading and writing skills are built. Once children know their ABCs, they can begin to sound out words, which is an important first step in learning to read. Additionally, mastering the ABCs helps children understand the basic concepts of language, such as how words are put together to form sentences. This is where fun alphabet activities come in handy!

Learning their letters doesn’t have to feel like a daunting task. As a parent, you can help your little one practice their ABCs in a way they will absolutely enjoy! Here are 12 alphabet activities your kids will love! 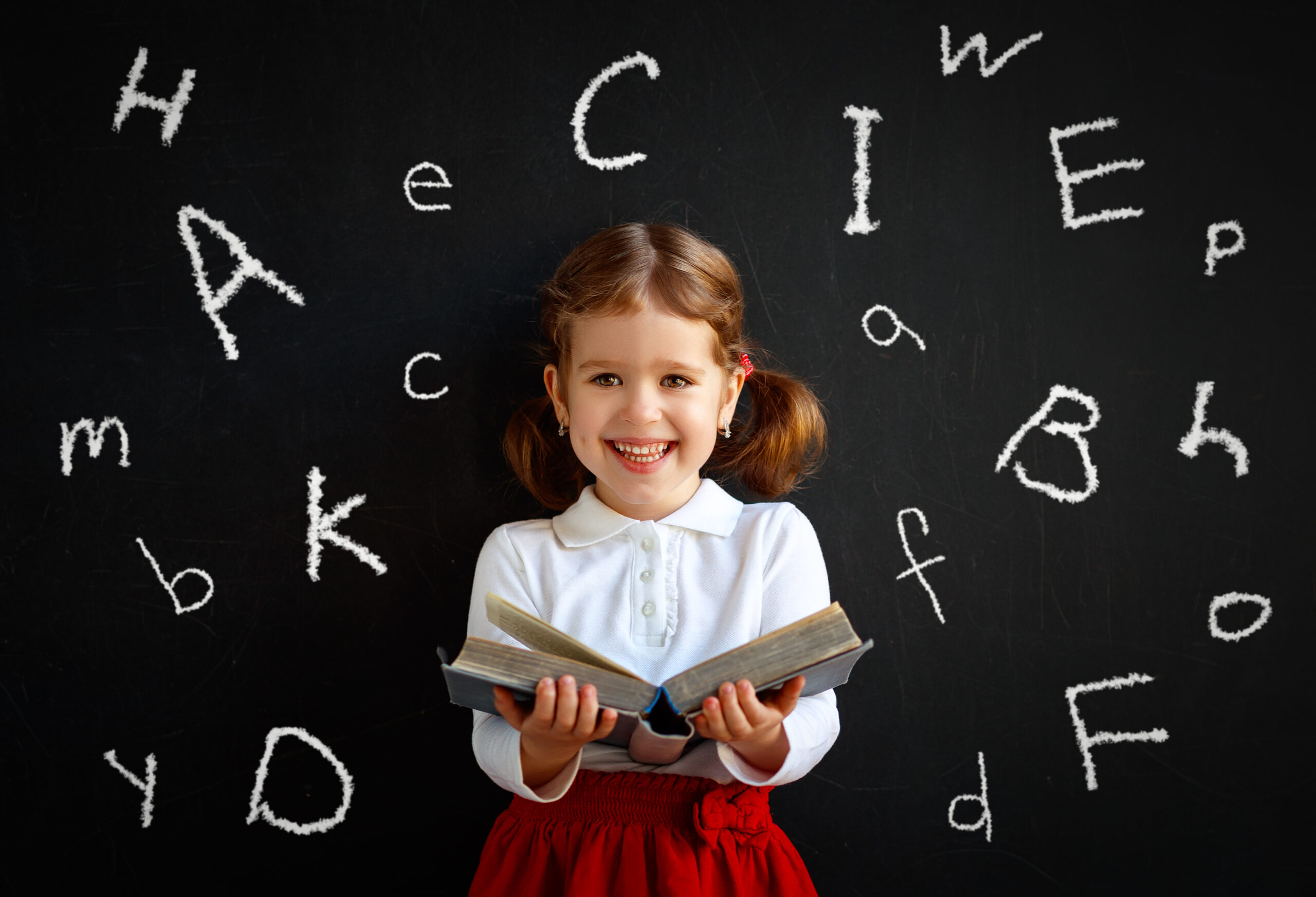 The Alphabet Matching Game is an exciting way for kids to learn their ABCs. The game is simple: each player gets a set of cards with an image of an object that begins with a different letter of the alphabet. The object’s name is also printed on the card.

To play, the kids flip over two cards simultaneously, looking for a match. If they find a match, they keep the pair of cards and take another turn. If they don’t find a match, they put the cards back in the same order, and the next player takes their turn. The game continues until all of the matches have been found. Not only is this game fun. It’s also educational. It helps kids learn letter recognition and associate letters with objects.

Alphabet puzzles are another great alphabet activity for kids. Each puzzle has a letter of the alphabet on the top and an image at the bottom that starts with that letter. To complete the puzzle, your child needs to match up the pieces with their corresponding letters. This alphabet game will help them learn upper-case and lower-case letters as well as associate each letter with an object or action. It’s also great for developing fine motor skills and problem-solving! Plus, it’s fun!

Go on An Alphabet Hunt

An alphabet hunt is a fun way to get kids out of the house while learning their ABCs at the same time. All you need to do is create a list of items that start with each letter of the alphabet and then go on a hunt to find them. You can make this game as easy or challenging as you want. For example, you could look for things in your house like “an apple” (A) or “a pair of socks” (S). Or you can take it outside and search for things like “acorns” (A) or “seagulls” (S).

This is a fun alphabet activity for kids who have an affinity to art! Give each child a piece of paper with a different letter printed on it. Ask them to think of objects, animals, people, or any other image that starts with the same letter and have them draw it on the paper. Once they’re done, have them hang up their alphabet art in a particular place where everyone can enjoy it!

Alphabet bingo is an alphabet game perfect for kids of all ages. To play, each player gets a card with a different letter printed on it. The first player to cover five squares in a row (vertically, horizontally, or diagonally) wins the game! This alphabet activity helps kids learn to recognize letters and associate them with objects and encourages them to think fast and make quick decisions.

ABC soup is a fun alphabet activity that encourages creative thinking. All you need is some alphabet-shaped pasta, vegetables, and broth! Before serving your delicious alphabet soup, have your child find all the different letters in the bowl and name something that starts with each letter. Not only is this alphabet activity fun and tasty, it’s also a great way to teach alphabet recognition and improve vocabulary.

This alphabet game is a twist on the classic charades game we all know and love. Instead of using random words or phrases, have each player choose an object that starts with a different letter of the alphabet. Players then take turns acting out their objects while others guess what they are. This alphabet activity encourages kids to think outside the box as they devise creative ways to act out their objects! Plus, it’s always good for some laughs along the way!

Hopscotch is already an exciting game. With alphabet hopscotch, you can make it even more fun and educational! To play, draw a hopscotch board with each square representing a different alphabet letter. You can also add images or objects to each square that start with that letter for added visual stimulation. Players then take turns hopping from one letter to the next as they try to complete the alphabet board!

This alphabet activity is perfect for kids who love to get creative with art. Give each player a piece of paper and some paint or markers. Then, ask them to draw and color all the letters from A through Z on their paper using different colors. Not only does this alphabet game help with letter recognition, but it also encourages creativity and encourages problem-solving skills!

This alphabet activity is great for kids ready for a more in-depth alphabet project. Ask your child to create an alphabet book where each page represents one letter of the alphabet with images and words that start with that letter. This alphabet game helps teach vocabulary as well as encourages reading and writing skills.

This alphabet game is perfect for younger kids who are just starting to learn their ABCs! All you need are some alphabet cards or letters printed on paper. Place all the cards facedown in a pile, then take turns flipping two cards over. If the two cards match, the player gets to keep them. The player with the most matches at the end of the game wins!

This alphabet game is perfect for getting kids up and active. Have each player choose a letter of the alphabet and then perform actions that start with that letter. For example, if they chose the letter “C” they could do something like jump five times, hop on one foot 7 times, or skip around the room 9 times. Not only does this alphabet activity help teach alphabet recognition, but it’s also a great way to get kids moving!

Learning the alphabet should begin early in a child’s life, and alphabet activities can help make the process fun and exciting. From alphabet soup to alphabet charades, there are lots of alphabet games that can help kids learn their ABCs in a creative and engaging way. Try out these fun and exciting activities with your child today!

At Children Central, our goal is to provide a smart start for your early learner. We always keep in mind your child’s well being and take pride in our highly-qualified teachers to keep your children happy and constantly learning new things. Visit us to learn more!

Children Central is an amazing daycare – our daughter Sunny is now almost 8 months old, she has been attending since she was just 3 months. Her teachers in the infant room are so caring and professional. She has made a lot of friends and is always happy there. We selected CC because two of our close friends have sent their 2 daughters there from infant through age 5 and gave wonderful recommendati… END_OF_DOCUMENT_TOKEN_TO_BE_REPLACED

We absolutely love Children Central. We have had our 3 kids enrolled here for about 3 years and have only had great experiences. The rooms are bright and clean. The curriculum is impressive. My oldest son is very well prepared for Kindergarten. The kids are always excited about the new things they are learning every day. They do a lot of hands on projects. They also are learning Spanish and love m… END_OF_DOCUMENT_TOKEN_TO_BE_REPLACED

Our two children attended Children Central from the Infant Room through Pre-K, and our youngest recently left for kindergarten. It has been bittersweet for us to say goodbye to the place where we’ve made a stop just about every weekday morning for the past 7 years. However, we have left knowing that our children have been well cared for and well prepared for school. The caring staff, very involv… END_OF_DOCUMENT_TOKEN_TO_BE_REPLACED

We can never express enough how fortunate we are to have Children Central as our daughter’s first school – Every member there, from the warm ladies greeting everyone in the morning to the classroom teachers, to the owners who treat this place as their own baby showed the highest level of caring and integrity. Special thanks to the very involving and responsive owners Kevin and Sharon Port!
We w… END_OF_DOCUMENT_TOKEN_TO_BE_REPLACED

It has been a great pleasure for us and Dylani to be educated at Children Central. We appreciate the care that our child has received while in your care. It is every little thing that you do that has made a difference in our child’s life. We have always been impressed by the extra care and love you put into running your academy and it has given us a much appreciated peace of mind knowing this… END_OF_DOCUMENT_TOKEN_TO_BE_REPLACED

Due to the excellence of Children Central, my feelings about daycare are now 180 degrees different! I was apprehensive and sad the first day of daycare, but now, I would send my son there in any event. He has received excellent care in all regards including education, health, nutrition, and physical activity. I’ve liked all the teachers and the owners are great. They are warm, personal, and good… END_OF_DOCUMENT_TOKEN_TO_BE_REPLACED

My daughter loves to come to school each day! My daughter has attended Children Central for well over a year now. The school is clean, bright and cheerful! There is always someone from administration to greet me each day. My daughter loves the healthy lunches and snacks that are served each day by Mr. Dave, the chef. The teachers are warm and caring, full of wonderful creative learning experien… END_OF_DOCUMENT_TOKEN_TO_BE_REPLACED