Kids don’t come with handbooks. That seems trite and obvious, even as every parent in history has wished at one time or another that they did.

All kids, no matter how well-raised, have bad behaviors from time to time. It’s simply part of growing up.

A child’s bad behavior doesn’t automatically reflect on you or on your skills as a parent. How you respond matters much more. Respond well, and you will succeed in raising wonderful adults.

With that in mind, let’s look at the drivers behind some typical bad behaviors and how best to deal with them.

Understand Where the Behavior Comes From

There are three identifiable phases to all behaviors, both good and bad. These are easiest to identify and remember by the acronym ABC:

This framework applies to all people, not just children.

According to professor Brendan O’Day of Georgetown University, understanding what need a behavior is serving is key to effectively dealing with the behavior for the long term.

Even older teenagers haven’t yet fully developed their base of experience and maturity. So the strategies or behaviors they use to cope with undesirable circumstances may not be the best ones available, but they don’t necessarily know that. Obviously, this is even more true with younger kids.

This ties in with advice from a parade of experts and researchers. The general theme is:

As you might guess, this approach takes more time and a lot more patience than less constructive approaches. Some other approaches might yield immediate satisfaction for you and short-term compliance from them, but in the long run will only breed hostility and rebellion. 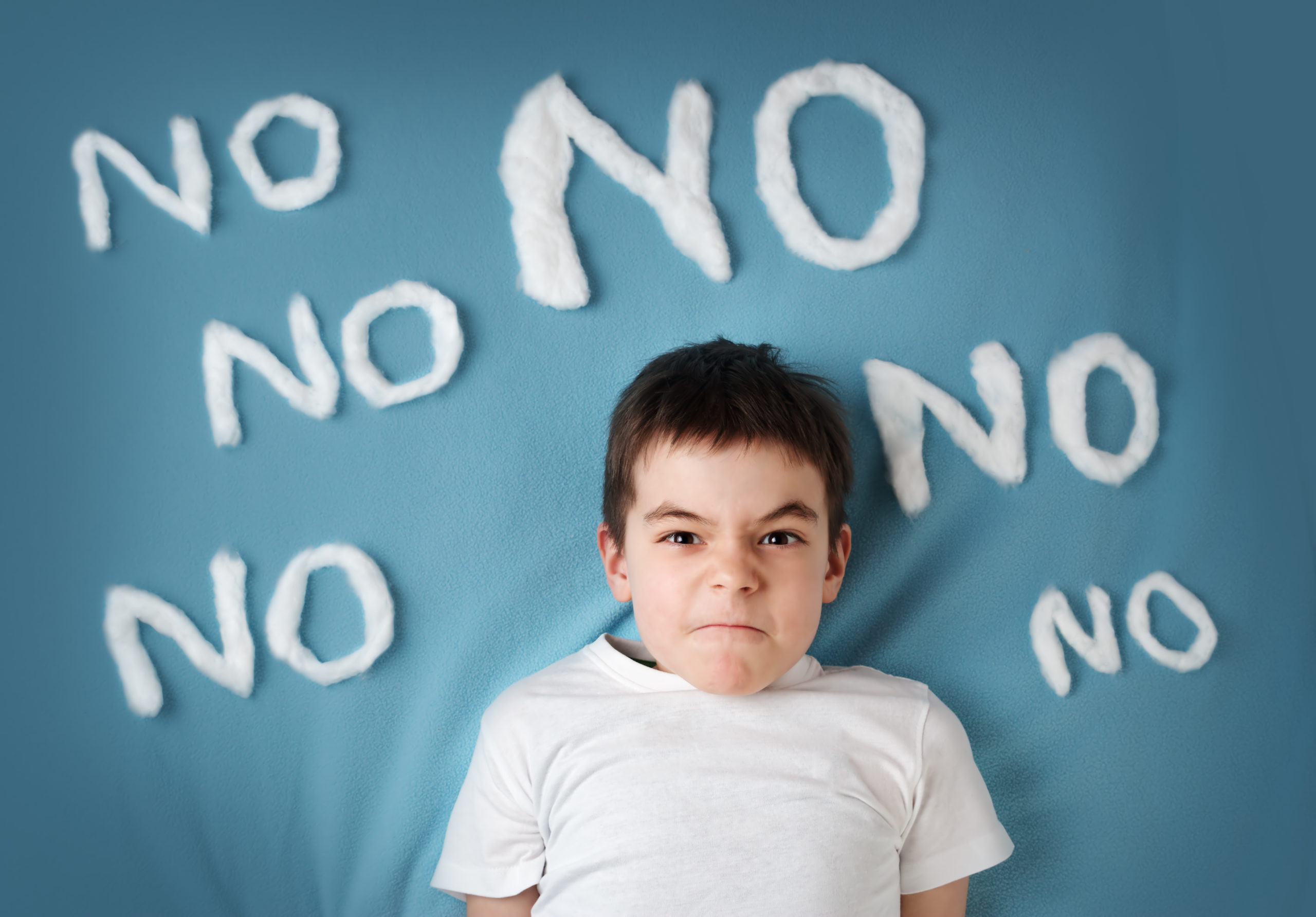 Digging Deeper into the Process

It’s important to note that validating your child’s feelings does not mean condoning their behavior. The two are separate.

For instance, say that your child is being picked on in school then comes home and takes out his frustrations on a younger sibling. You can acknowledge his feelings while still making it clear that picking on his younger brother is not okay.

Even as you impose consequences for bullying the younger sibling, you can also take steps to address what’s going on at school (e.g. by contacting his teacher).

Never shame or insult your child. A key is to always address the behavior and not the person. Also, try being intentional with your language and voice tone. If you raise your voice or become emotional, your child will respond to that rather than the words you are saying.

It’s also worth noting that your child may not even know right away what’s behind certain behaviors. When you ask what’s going on, she may point to something trivial. That isn’t necessarily her avoiding giving a direct answer. She may not have processed it well enough to know the full answer herself yet.

To get your child to open up, Nathan Maynard of BehaviorFlip advises asking open-ended questions.

The goal is ultimately to teach your child to recognize that behavior is nearly always emotion-driven. Do this well and eventually it will become second-nature for both of you.

Growing Beyond the Incident

Many types of bad behavior affect, or even harm, others. Help your child figure out how to repair damaged relationships and/or replace lost or broken property.

Learning to take responsibility for one’s actions and how to make amends are two skills that are foundational to becoming a successful, respected member of society.

University of Maryland Assistant Professor Rellie Derfler-Rozin advises thinking about your child’s underlying interest and not just their position. For instance, a child may want to go outside and play before doing homework because his friends may not be allowed to play later, once the homework is done.

That doesn’t mean you should necessarily give in, but understanding the motivation may lead you both to a compromise solution you can each feel happy with.

Katherine Reynolds Lewis, author of The Good News About Bad Behavior, has plenty to say on this topic. One important point Lewis hammers on is that kids today are ‘unemployed’. That is, few have chores to do around the house or are not offered meaningful ways to contribute to the household.

She argues that the impact on morale and feelings of self-worth are exactly the same as they would be for a wage-earning adult who was chronically unemployed.

If we want our kids to have self-discipline, the only way is to give them some freedoms to regulate their own behaviors and learn first-hand what that entails.

Natural consequences are a powerful teacher. Burn yourself on a hot skillet and you’ll quickly learn to be more careful around skillets, and probably other types of pots and pans too. At the same time, Lewis advocates that sometimes imposed consequences are necessary. She says these should be built around a framework she calls the Four R’s:

“Our job as parents,” says Lewis, “is to go from doing absolutely everything for them when they are infants to have them do everything on their own when they become adults.” This transition should be gradual and take place in incremental steps throughout their childhood.

Even at five or six years old, get your kids involved in planning their morning routine. Maybe use pictures to draw a visual guide to what must be done in the mornings. Then let your child rearrange some of the pictures to determine the order in which things happen. Do they brush teeth before putting on shoes, or vice versa?

Kids who aren’t given meaningful ways to contribute to the household, or worse, who feel disrespected, are far more likely to act out.

If you talk to kids a bit more like adults and treat them with the same measure of respect you would give to another adult, they will step up and begin acting more like adults.

We hope you found this guide helpful. At Children Central, we strive to give both parents and children the tools and resources to be their best selves every day.

My daughter loves to come to school each day! My daughter has attended Children Central for well over a year now. The school is clean, bright and cheerful! There is always someone from administration to greet me each day. My daughter loves the healthy lunches and snacks that are served each day by Mr. Dave, the chef. The teachers are warm and caring, full of wonderful creative learning experien… END_OF_DOCUMENT_TOKEN_TO_BE_REPLACED

I want to thank Children Central for making my son love his first …school experience! Starting out in the Twaddler room this summer and loving Ms Yunmi & Ms Melissa (who he truly missed) to starting Preschool and loving his new teachers too! At times he has even thrown a fit because he didn’t want to leave because he was having so much fun! (after being there from 6:45am–4pm.) He even comes ho… END_OF_DOCUMENT_TOKEN_TO_BE_REPLACED

THE BEST CHILD CARE/LEARNING CENTER IN OUR AREA! My daughter has learned so much since she has been in this center. She is in the Twaddler class right now and is being moved into the pre-school class in June, and they don’t just move your child up to the next class either, they give them a transition period to get them accustomed to the new class, the new teachers, and the new curriculum, tha… END_OF_DOCUMENT_TOKEN_TO_BE_REPLACED

Children Central is perfect for working moms! Children Central (CC) is a great daycare and preschool! My children have attended this school since they were about 10 months old. They both have so much fun and are learning so much. The Village is one of their favorite parts. It’s so great they have a place to play when it’s raining. My daughter is going to kindergarten in fall. CC has really … END_OF_DOCUMENT_TOKEN_TO_BE_REPLACED

We are extremely happy with Children Central and the quality of service they provide for our baby. The pictures that are posted on Facebook each day are great and they did a nice job for Father’s Day inviting Fathers and Grandfathers for an ice cream social. Great staff and facilities are very clean.

We absolutely love Children Central. We have had our 3 kids enrolled here for about 3 years and have only had great experiences. The rooms are bright and clean. The curriculum is impressive. My oldest son is very well prepared for Kindergarten. The kids are always excited about the new things they are learning every day. They do a lot of hands on projects. They also are learning Spanish and love m… END_OF_DOCUMENT_TOKEN_TO_BE_REPLACED

It has been a great pleasure for us and Dylani to be educated at Children Central. We appreciate the care that our child has received while in your care. It is every little thing that you do that has made a difference in our child’s life. We have always been impressed by the extra care and love you put into running your academy and it has given us a much appreciated peace of mind knowing this… END_OF_DOCUMENT_TOKEN_TO_BE_REPLACED

I recommend Children Central My son has been coming to Children Central for a few years now, and the quality of education is outstanding! He is continuously learning new things, and growing into a well mannered and well rounded kid – thanks to the help of the devoted teachers and staff at Children Central! I recommend this daycare to everyone!!!